The three of us slept real early last night and as a result, it was 'rise and shine' for us at 5ish in the morning.
Esman was feeling hungry and suggested going to Macdonalds for some hotcakes.Sounded super duper fun to me!Nyla wasn't too keen on the idea initially but soon gave in on one condition.She didn't want to change her clothes which was absolutely fine with us.Seeing how receptive we were to that, she decided to add one more condition. She wanted to bring her smelly blankie along, which she eventually left in the car, for fear she might leave it at Macdonalds. Yes, that's how much she loves her blue blankie.Again, we had no qualms about that too!So off we zoomed to West Coast Park when most people were still asleep, traffic was almost non-existent and the air so cool and clear. Such peace from all the hustle and bustle.And for the first time, Macdonalds was practically empty. 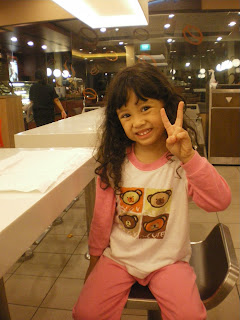 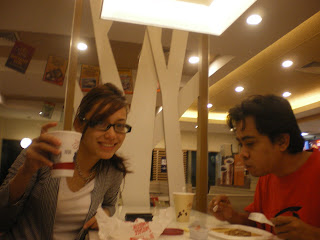 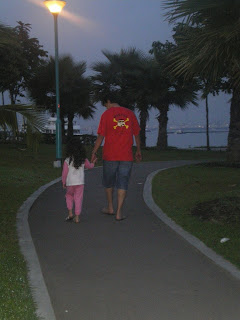 Bathing in morning light and inhaling the fresh air in the morning after breakfast. :)