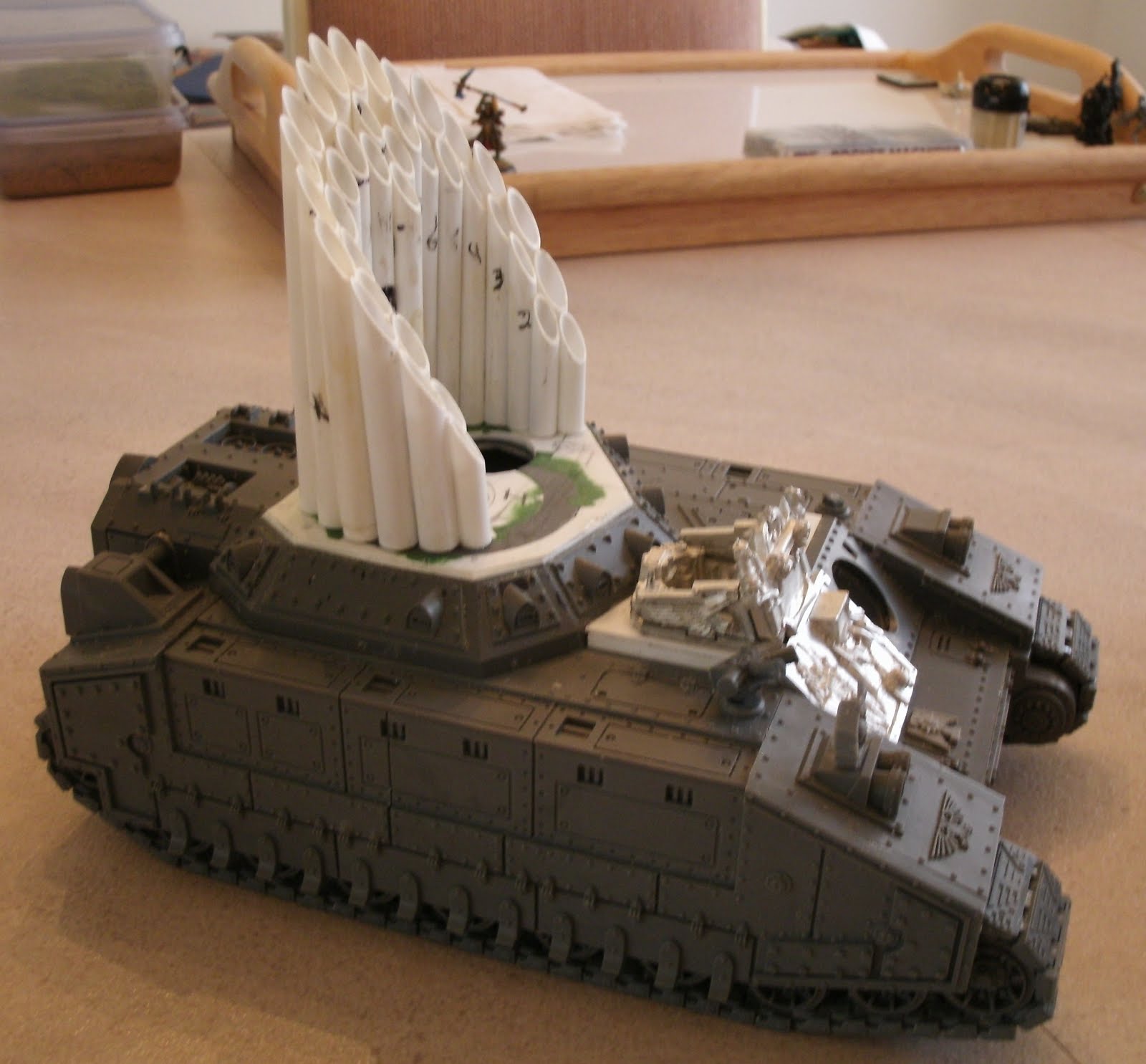 This is a project that has been dragging on forever. By posting about it, I'm hoping I'll be pressured into completing it. My goal is to have it completed in time for Tanksgiving at our FLGS (November 28, coincidentally the day before her birthday). I'll post the finished (unpainted-- that's her job) by then.

When Apocalypse came out, my wife was disappointed to discover that her Sisters didn't specifically get anything -- so we decided to create something. I mean, the Exorcist is pretty apocalyptic all on it's own, so why not a Super-Heavy Exorcist? Call it an Ecclesiarch.

The basic Baneblade makes a pretty good base, particularly with the gothic-arch view ports. The turret goes away, to be replaced by a rather over-sized Exorcist Missile launcher. I elected to bring the rest of the deck up level with the turret ring rather than trying to grind it off. 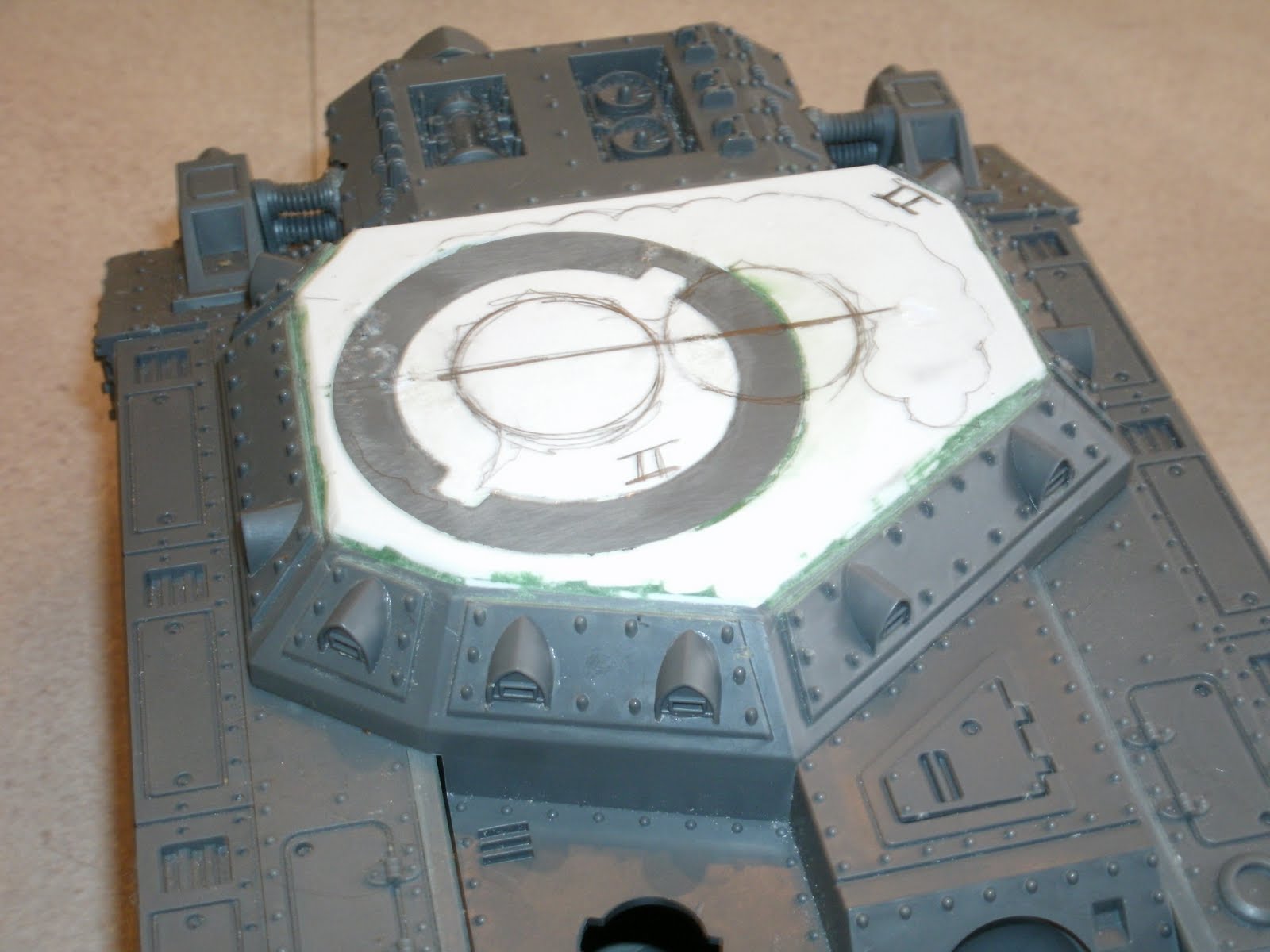 Building the launcher was the first challenge, I knew what I wanted it to look like, but not exactly what would be needed to get there. So of course, I drafted something up in PowerPoint so that I could get the tubing sizes and angles right. 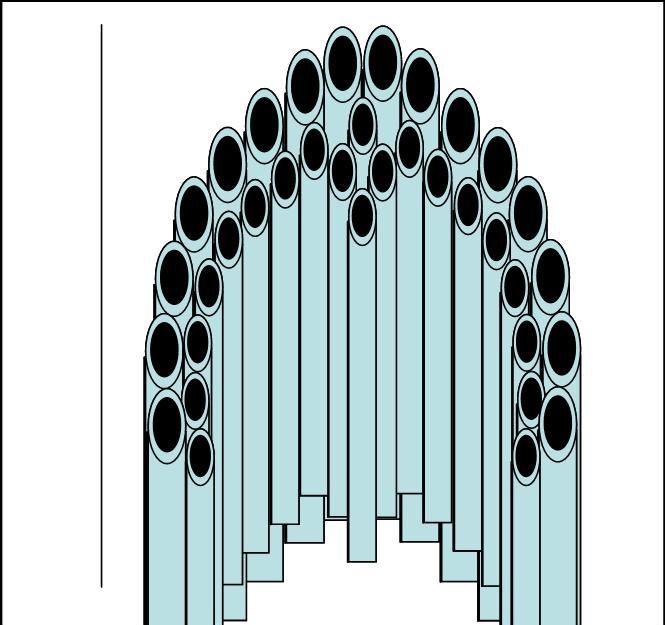 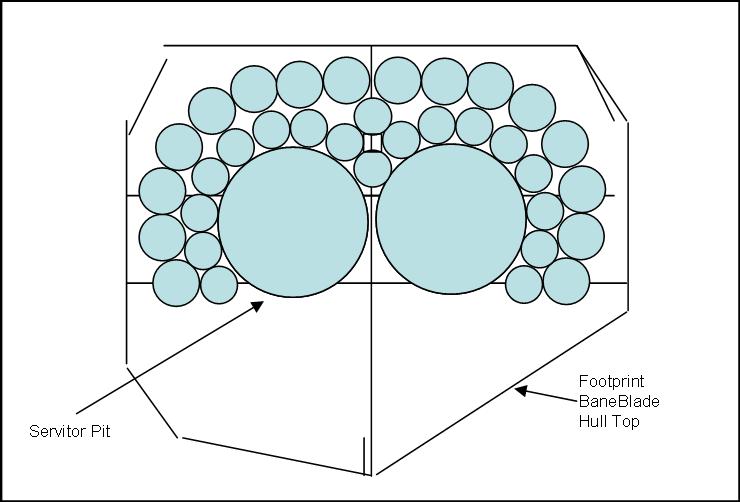 The new launcher is built from 1/4" and 3/16" styrene tubing. A mitre box makes the angle cuts pretty easy to accomplish consistently.

For reload missiles, I'm using Hell Storm rockets from WHFB, they're suitably gothic in appearance to fit the theme, and they're larger than the original Exorcist missiles to justify the more apocalyptic stats of S9. The new launcher also requires a second servitor, which I converted from a tech-servitor, the chainsaw from an IG Sentinel and more tubing. 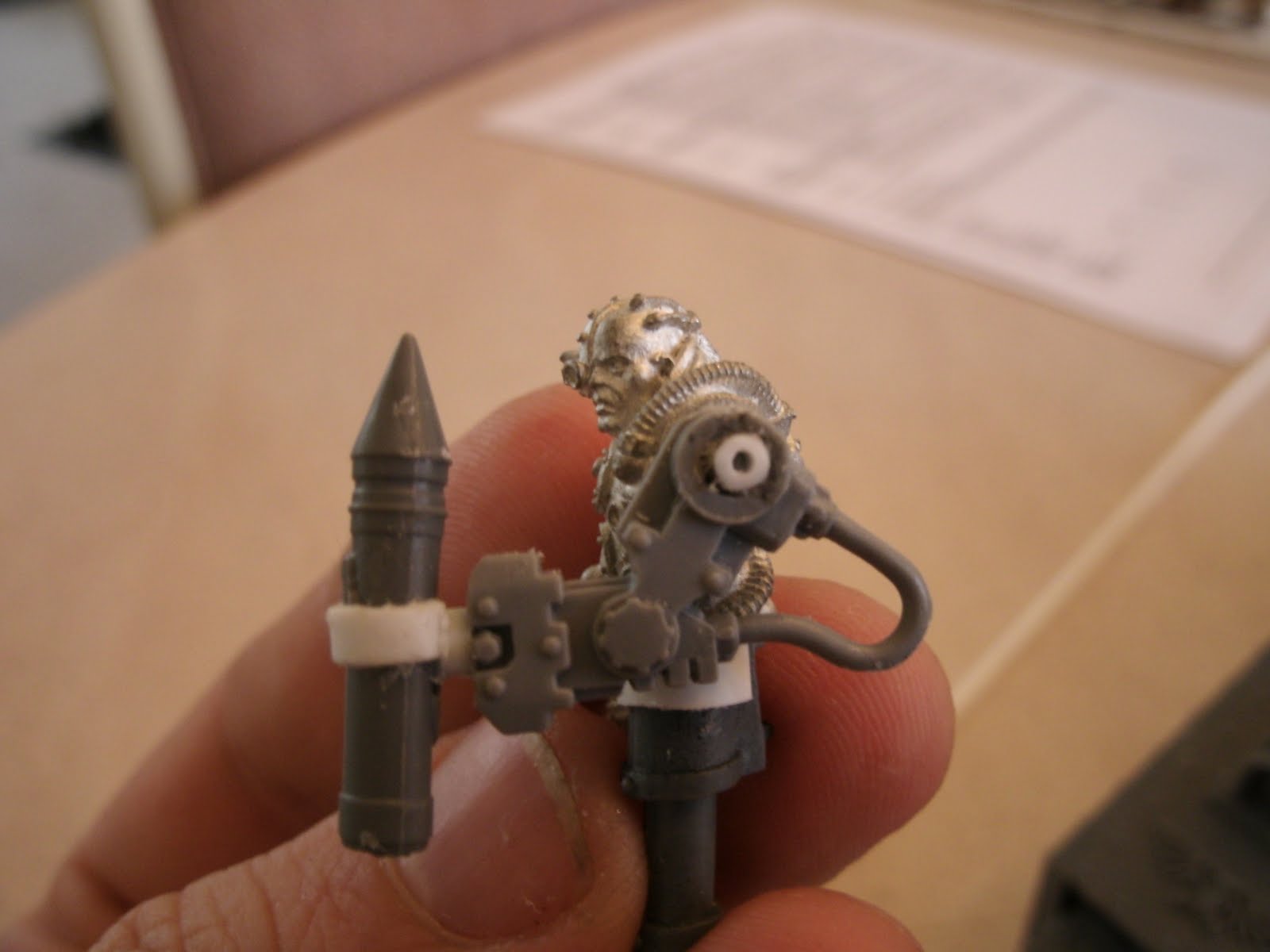 I also wanted to use the glacis and organist from the Exorcist, which required moving the front of the Baneblade's upper hull forward 1/4". 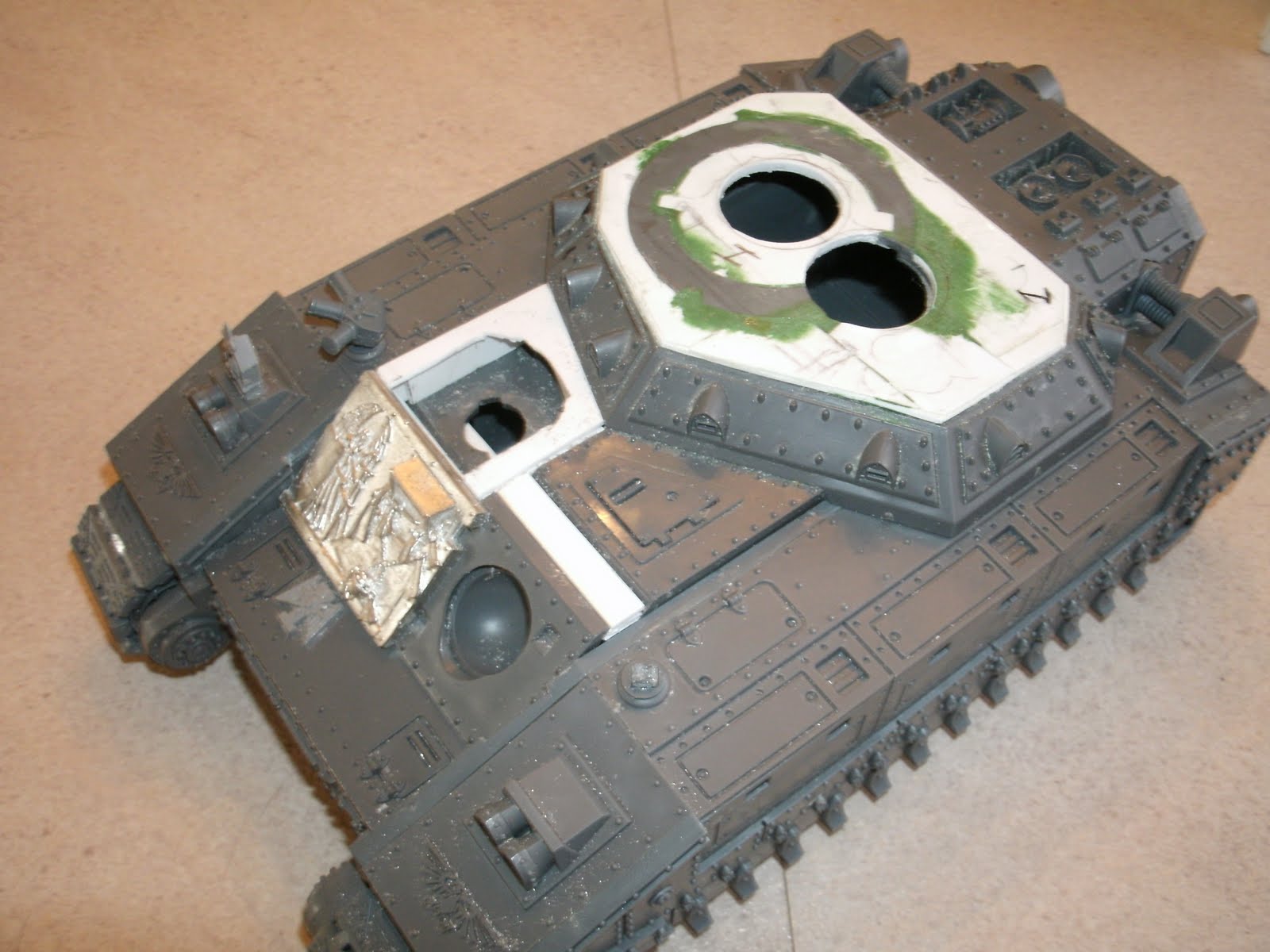 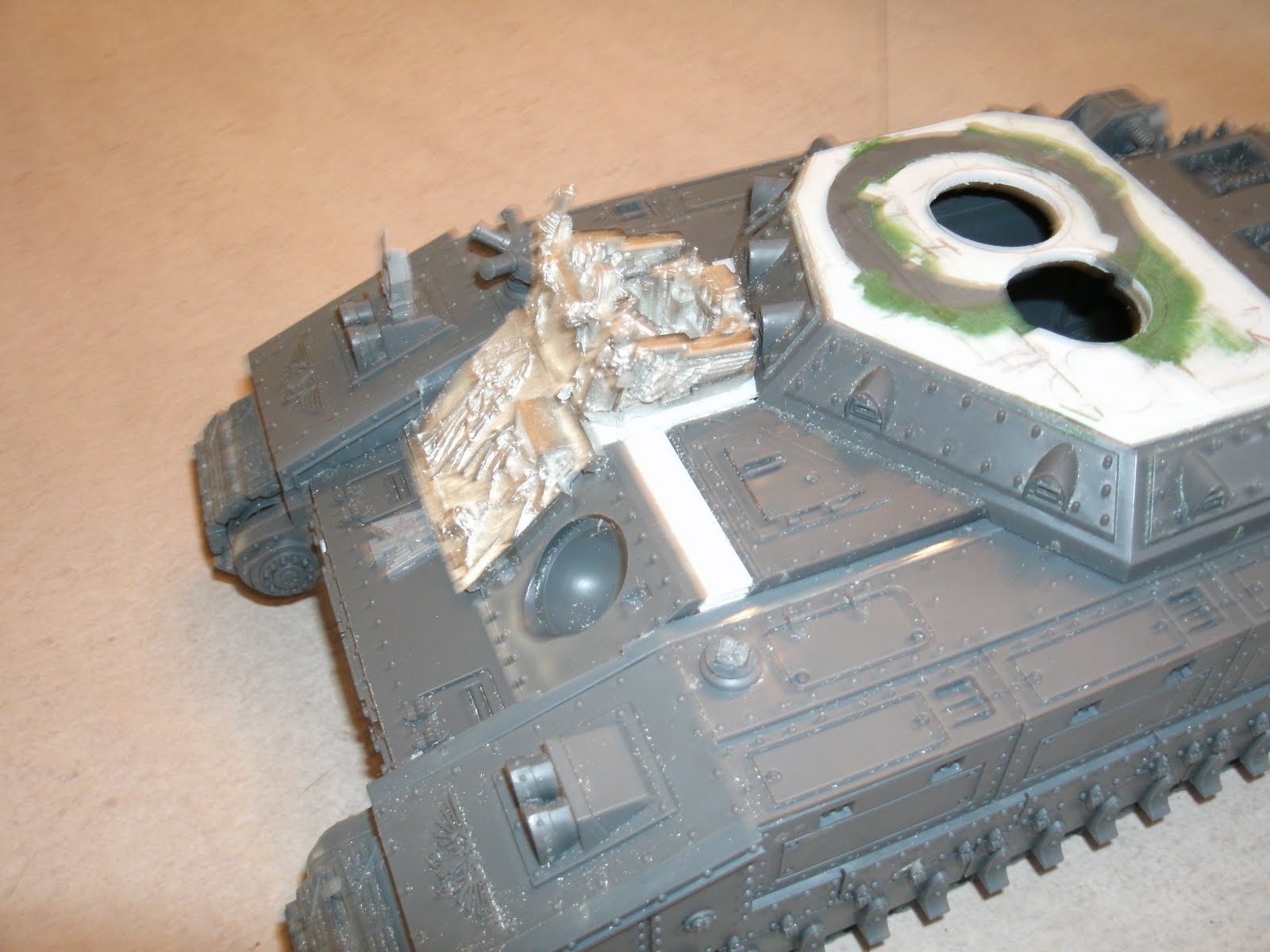 For the Multi-Meltas, Neal at the War Store helps out tremendously; he's selling Demolisher bits that include 2 Multi-meltas and a Demolisher barrel for less than what it would cost to buy a vehicle multi-melta from the SM range. Of course, I now have a few Demolisher cannon bits to find a use for (cue evil laughter).

I cut down the sponson twin-linked heavy flamers, and attached the front-ends of the multi-meltas to make the new sponsons. The inferno cannon are built from an IG Mortar, the Heavy Flamer from a Sentinel, and some styrene tubing. 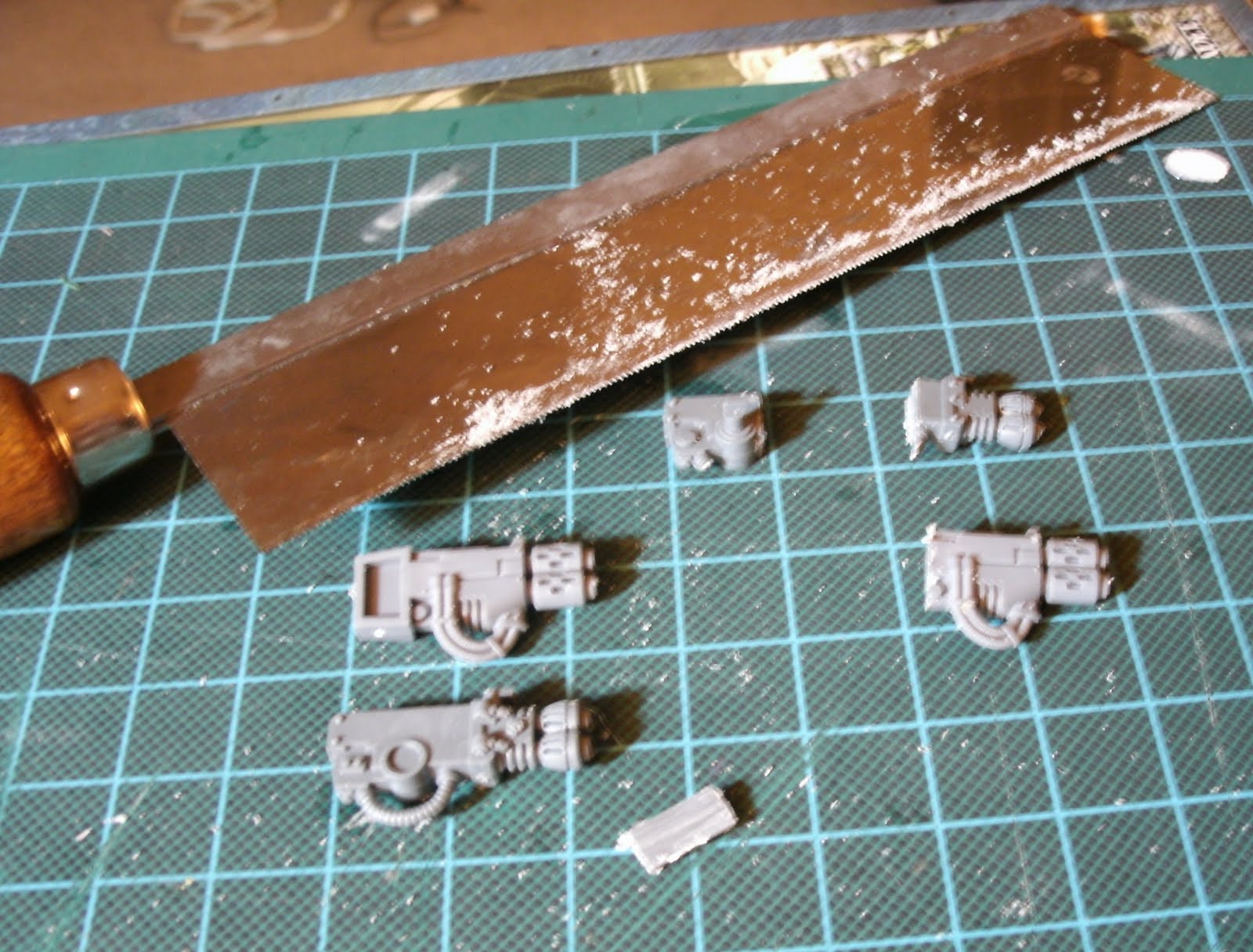 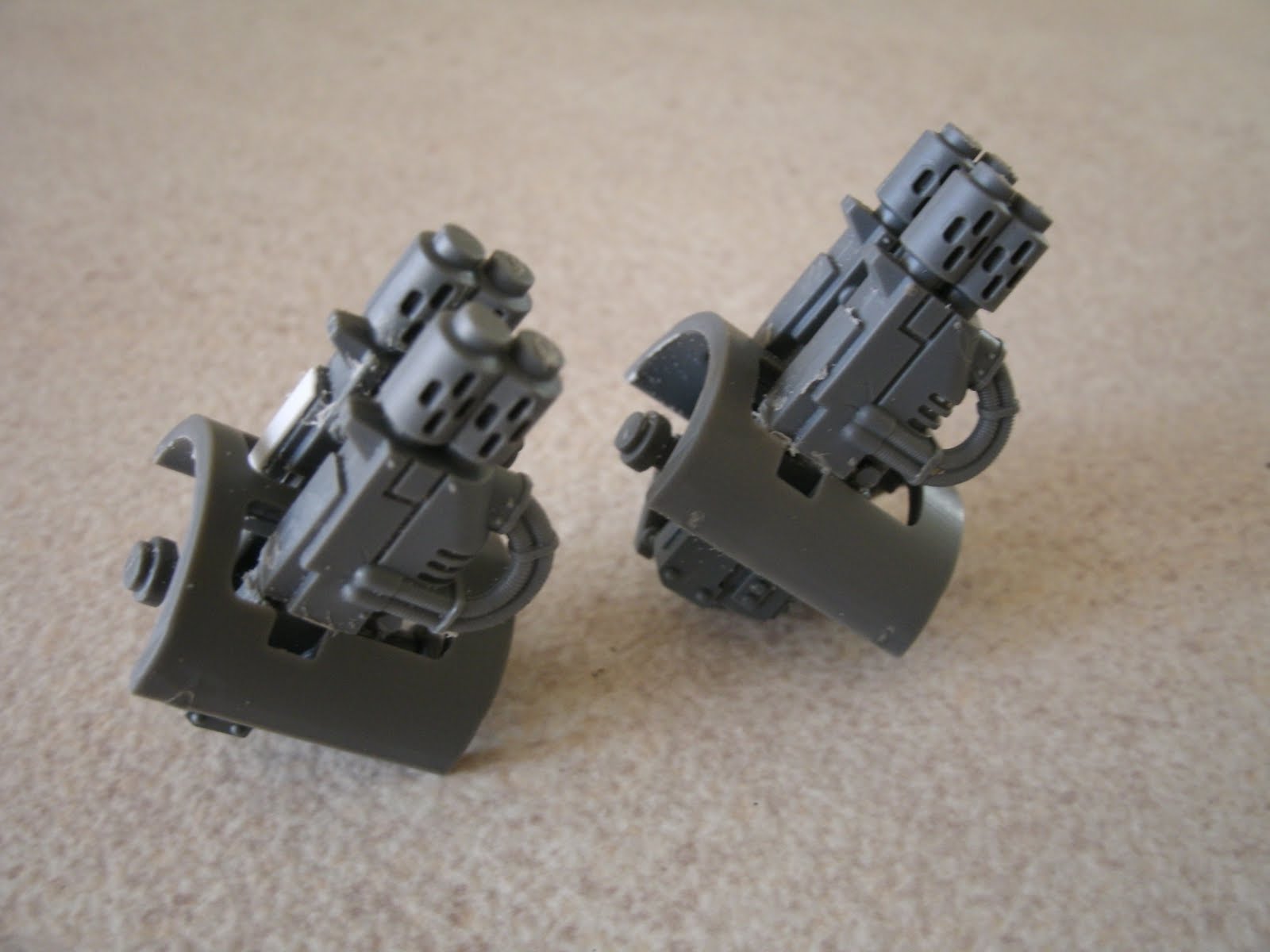 Of course, anything this scary looking on the battlefield is going to be the mother of all fire-magnets, so of course the only solution is... build two. 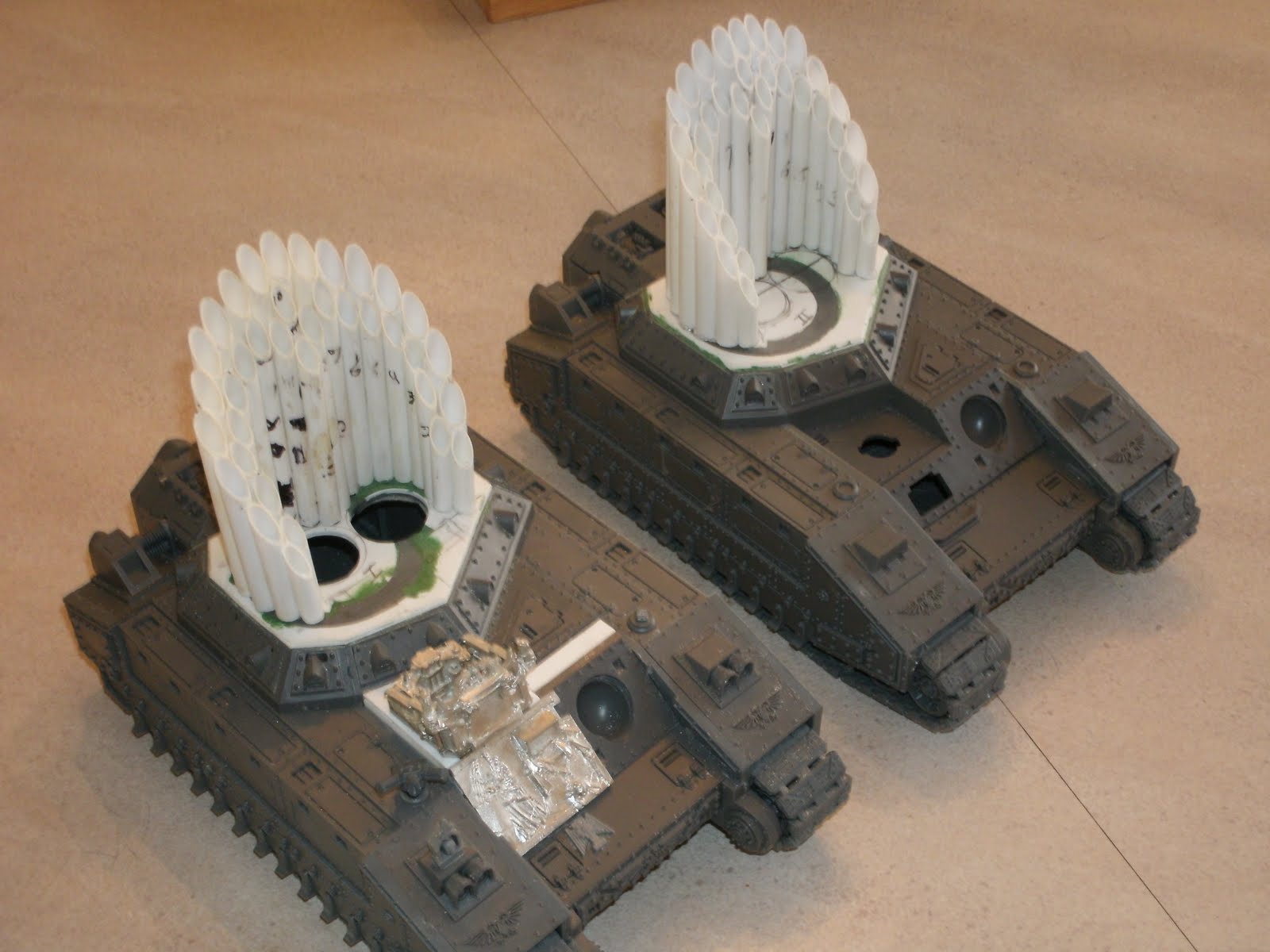 Maybe if we're lucky, Jon will share the rest of the building/painting process with us and maybe even some templates for you Sisters players out there who might be interested in building your own. Amazing work Jon, this thing is gorgeous. - Ron

Additional related links:
Using clamps when assembling by the Painting Corps
Building and painting sub-assemblies)
Check out the FTW Blogger Group post on getting into Apocalypse