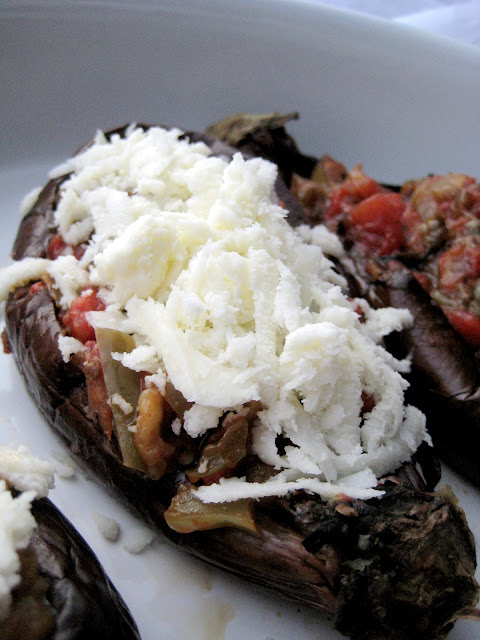 This is a typical Aegean dish that you can find on both Turkish and Greek sides of the Aegean Sea. As much as the dish itself, I love its pronunciation: pa-bu-ja-ki. Given the suffix -aki the name sounds definitely Greek, however "papuc" or "papuç" is a Persian word "paposh" (پاپٯش) that is used in Turkish and means shoe or slipper. So maybe these little shoes are not "typical"Aegean after all, who knows?

I have eaten two different versions of papucaki. One was made by boiling the eggplants and then stuffing them and the other one featured roasted eggplants, which was more appealing to my taste. 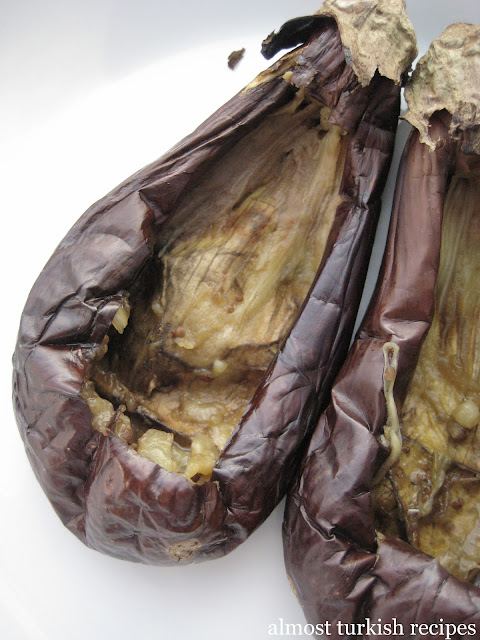 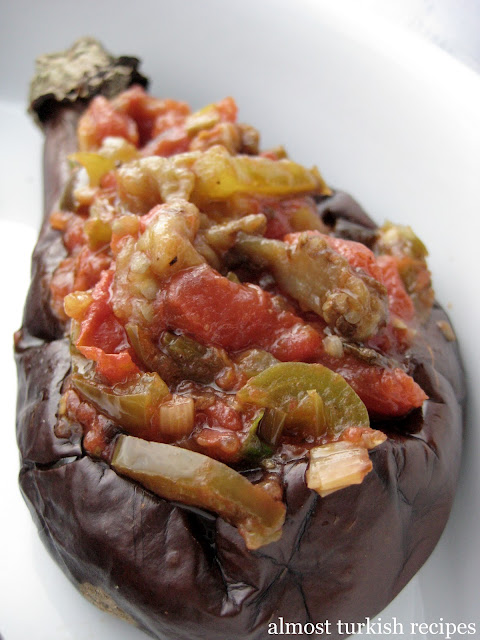 -Place eggplants on a baking sheet, poke holes in them and roast in the oven at 400F until they collapse and the flesh is all the way soft, ~40-45 minutes.
-Once they cool down, cut a rectangle piece on top as in the picture and scoop out the flesh.
-Dice the roasted eggplant flesh and mix them with lemon juice in a bowl.
-In a pan heat olive oil and add onion and peppers. Stir until soft.
-Add diced eggplant flesh and cook for 2 minutes.
-Add tomatoes, salt, black pepper, and bay leaves and cook until tomato juice cooks off.
-Beat eggs in a bowl and stir them in the tomato mix and stuff the eggplants with this. [I usually skip egg part]
-Cover the tops with grated cheese.
-Place stuffed eggplants in an oven dish and bake in a preheated oven at 400F for 15-20 minutes.
serve immediately.http://mostly almost turkish recipes/www./atom.php