You could have got off with Shepherd Book at the Bathgate Abbey. Could've been meditating on the wonders of your rock garden by now. - Capt. Malcolm Reynolds, Firefly S01E09

This month and the next my life is dominated by my MA thesis hurrying inexorably to its allotted end. One of the many consequences thereof will be that I no longer have that much time to dedicate on this blog, and my blogposts will be shorter, briefer and - much likely - more self-absorbed than usual. The subject of the first in what will probably be a long line of such posts is a minute feature in one of York's greatest attraction, the Yorkshire Museum and Gardens. 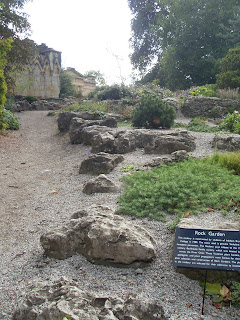 I was walking through the garden one day as I was wont to do when going between the city and Constantine House, when suddenly I noticed a sign telling me that what I had thought was rocks casually clumped together, actually was a deliberately designed rockery, a stone garden with alpine plants. 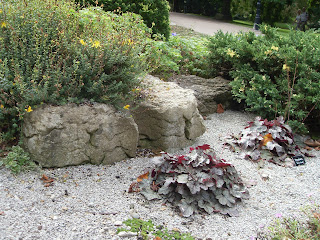 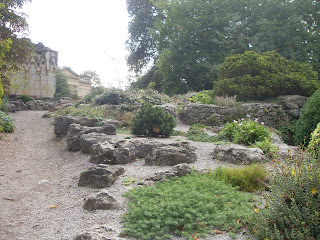 This stone garden was put together in 1980 by students of Askham Bryan College in commemoration of the Backhouse family nursery, an interesting feature of the city's commercial and scientific history that was operative between 1815 and 1955. 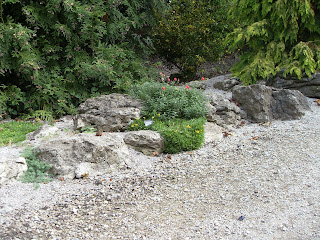 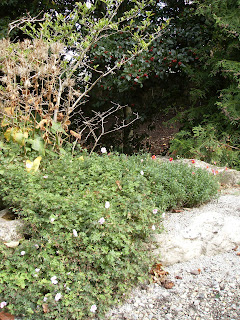 A nursery is a place for cultivation of plants, a business that stayed very lucrative throughout the 18th and most of the 19th century. The reason for this was that the gentry and the parvenus were putting up gardens and collecting curiosity cabinets, either for the purpose of displaying their wealth, acquiring knowledge or a blend of both, and this created a demand for plants to put there, preferably exotic and rare plants. 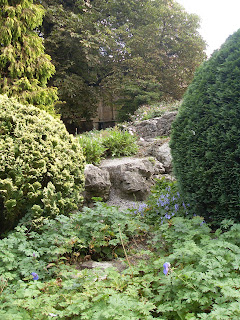 The Backhouse family nursery, first known as James Backhouse and Son of York, was established by James Backhouse III (1794-1869) and his brother Thomas (1792-1845). The brothers were of a wealthy Quaker family and this allowed them to buy the nursery of John and George Telford (or Tilford) situated on the grounds of an old Dominican friary at Tanner Row. 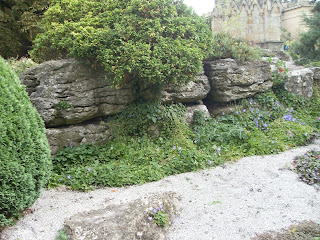 Since the wealthy of the north often were dependent on London nurseries to provide them with fine plants the Backhouse brothers' local supply must have made them ideally situated for competition with the southern businesses. When the railway station was built in 1841 transport became easier, faster and safer for the plants and seends. This was also a time when several new scientific societies, botanic and public gardens were founded and the upper classes, who made good money on the trade with the colonies, could afford to pursue their horticultural interests. In the decade leading up to the arrival of the railway in York, James Backhouse III had been away in Australia, engaged in mission activities, and he had collected and shipped home a number of seeds and plants. This may also have helped the business significantly. 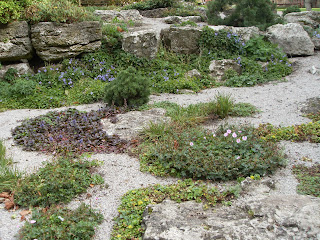 From the 1860s and up to the 1890s the Backhouse nursery was at its summit, admired for its underground fernery (allegedly more impressive than that of Kew Gardens), its expensive rockery and its forty greenhouses. Because of the Agricultural Depression of the 1880s, the Land Tax of 1910, World War I and the establishment of competing nurserymen the business declined badly. In 1921 the nursery was forced to sell much of its land and in 1955 the firm closed down. What was left of the company's land was bought by York City Corporation and converted into a public park. 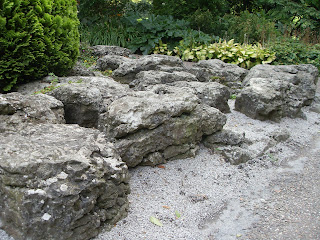 Today the only visible testament to this enterprise that I know of is this arrangement of rocks in the Yorkshire Museum Gardens. When I first became aware of these stones I had no idea that they would direct me to an interesting part of the city's modern history that so far was unknown to me. This is one of the beautiful things about the City of York: almost whenever you start looking for its history it will be there and it will surprise you. 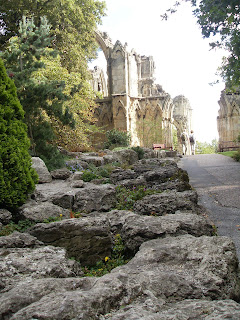 Thence forward by that painfull way they pas,
Forth to an hill, that was both steepe and hy;
On top whereof a sacred chappell was,
And eke a litle Hermitage thereby- The Faerie Queene, Edmund Spenser