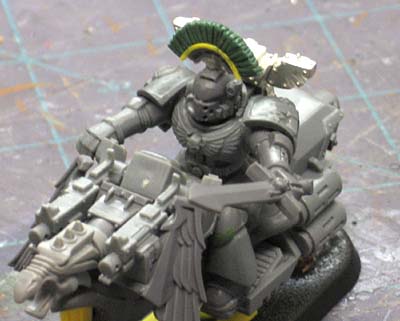 Work continues on my jetbike model commission. I know I've mentioned before that it's part of a bigger project I've been working on. And, I just found out today that the project might be expanding too!

The latest hurdle with this model though was getting his helmet crest on. The initial idea was to have it mounted front to back along the top of his helmet... until I tried to mock it up to make sure there were no problems before gluing everything in place. 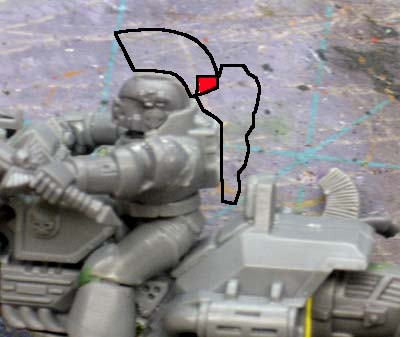 No problem. Until I set it in place to see how it would look. 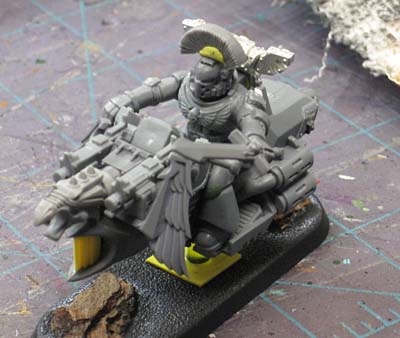 Turns out, the plastic crest was shaped to fit on a helmet and run from front to back, it wasn't symmetrical and looked odd when set sideways on a helmet.

So... I made my own. It wasn't too hard to do, a little greenstuff, some plasticard and a small bit of sprue as a spacer to mount the whole thing onto his helmet with. I actually used part of a shoulderpad to get the correct curve to the crest.

The trouble with scratchbuilding (both small and large pieces I've found) is making sure to get enough details to make it look convincing. Not enough detail and it looks out of place or unfinished when compared to the rest of the model. I think I got it here, once I paint it, you'll never know it wasn't part of the model initially.

Someone once told me that a good conversion is one that a viewer will miss completely when they look at your model. They'll just assume the model came that way.