The Next Generation Cooks, Too What’s Cooking? Braised Short Ribs With Polenta And Chard 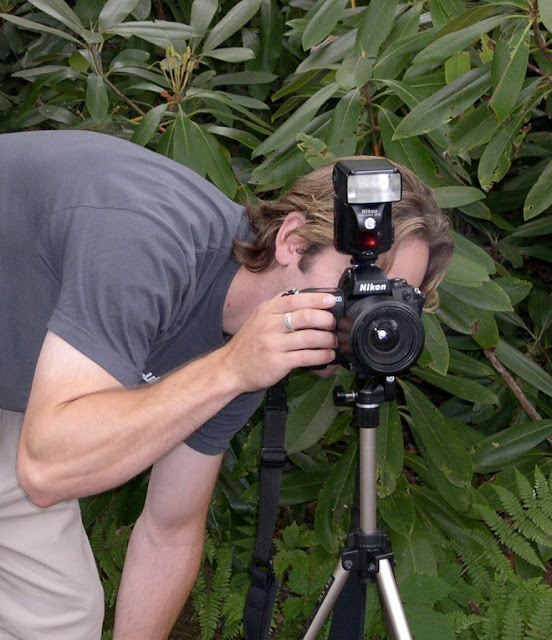 My nephew Bradley turns 33 today. Because he lives on the West Coast, I didn’t see a lot of him in the years when he was growing up. But with both my mother-in-law’s 100th birthday and an East Coast family wedding last year, I’ve had more opportunities to get to know him as an adult.

And what fun it has been. He’s a computer whiz, a wilderness explorer, an amazing photographer, and...[drum roll, please] a cooking geek like me!

One of the nicest things about Bradley – aside from his good looks and fun personality – is that he appears to be absolutely fearless in the kitchen. He tackles everything from Crispy Pata (a Filipino dish of deep fried pork legs) to artisan pizza. It took me years to get over my fear of making a mistake in the kitchen, until I learned that it’s like planting a flower that doesn’t grow – you just throw it out and move on. Or order pizza. I don’t know how often Bradley gets to the pizza-ordering stage, but we should all be so daring.

For the family wedding last year, I put together a recipe book for the bride and groom, and Bradley contributed the recipe below. He serves his Braised Short Ribs in a beautiful presentation with polenta and chard, shown in this photo. (Remember, I said he’s a world-class photographer in addition to being a terrific cook.) And he blogs occasionally about his culinary adventures, at a site he calls Oakland Skillet. The Kitchen Goddess is green with loving envy. 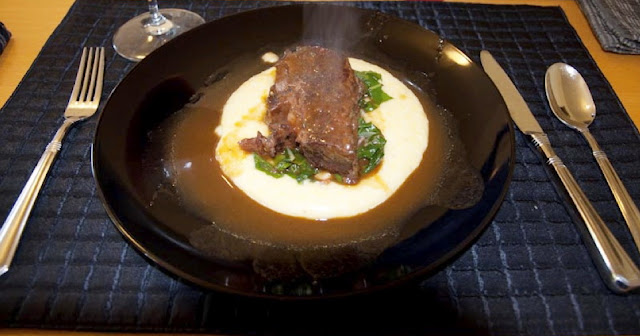 TO BRAISE THE SHORT RIBS:

In a large, heavy-bottomed Dutch oven, heat the olive oil over high heat until smoking. Season the ribs with salt and pepper and brown them over high heat until deep brown all on sides. Work in batches. [Kitchen Goddess note: For best color and flavor, be careful not to overcrowd the ribs in the browning process. With too much meat in the pan, the juices will accumulate and you’ll end up boiling the meat instead.]

Move the browned short ribs to a plate and set aside. Add the carrots, onion, celery, and garlic to the pan and cook over high heat until browned and softened, about 4 minutes. Season with salt and pepper and stir in the red wine, tomatoes and juices, chicken stock and herbs, scraping the bottom of the pan with a wooden spoon to dislodge the brown bits. Bring the mixture to a boil and return the short ribs to the pan. Cover and place in the oven for 2 hours, or until the meat is very tender and literally falling off the bones.

To a large skillet, add garlic and olive oil. Turn on heat to medium high. Heat garlic and oil until the garlic begins to turn a golden color. Add shallot or onion and stir until softened. Add chard. Toss until the chard begins to wilt. Add vinegar and toss for 5-10 minutes until desired softness is reached. Salt and pepper to taste.