The Night Before Exams 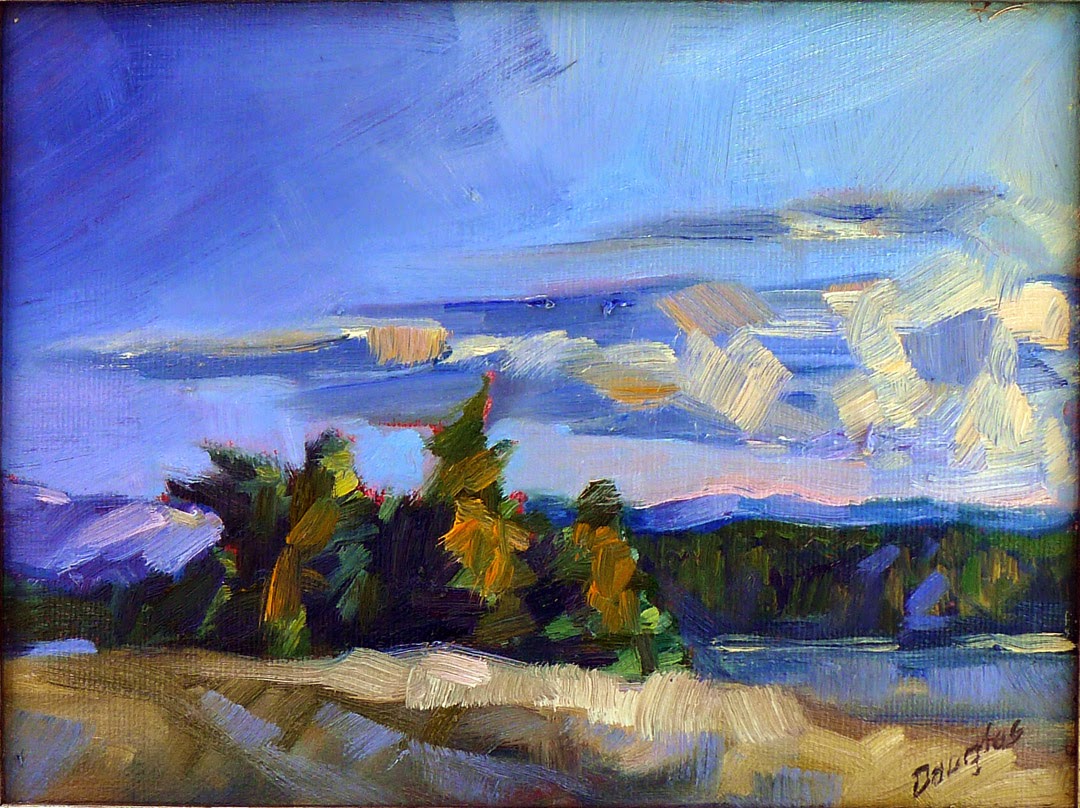 Sunset over Saranac Lake, by little ol' me.
This week I’ve lived with a group of women painters in a house overlooking Lake Flower in Saranac Lake. I’ve known two of them for a long time, but the rest were strangers to me before the week began. We are strangers no more; there’s intimacy in living in an all-girls’ dorm, which is probably lost in a world which no longer segregates college students by gender. 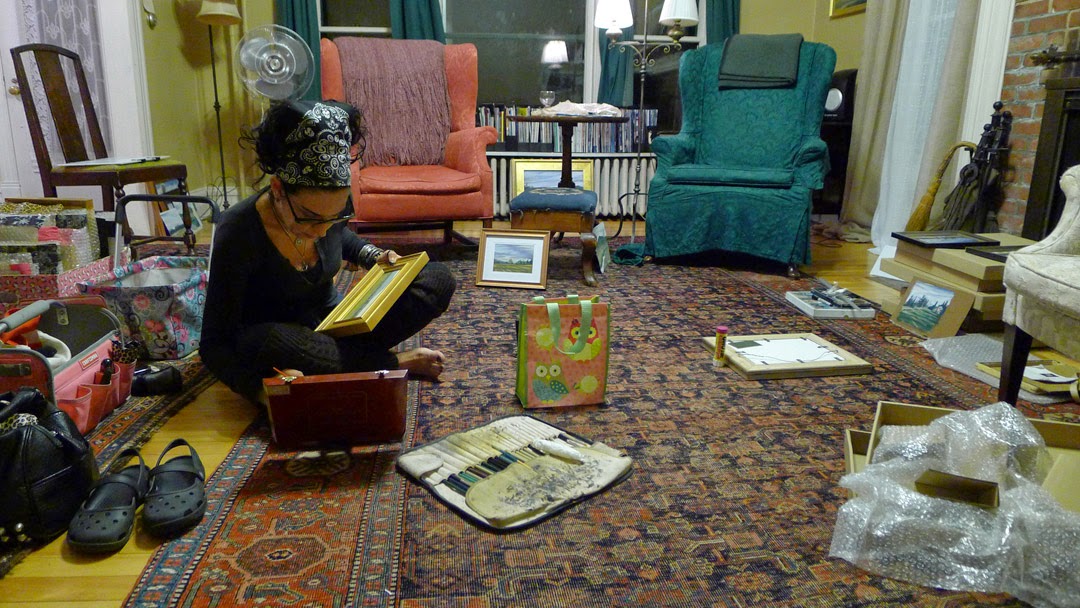 Crista Pisano touching up her work the night before the show.Not that we were living in the others’ pockets: we crept off silently in the early morning to paint where and when we wanted, meeting up for dinner. Occasionally we painted together, but most of the time we went our own ways. 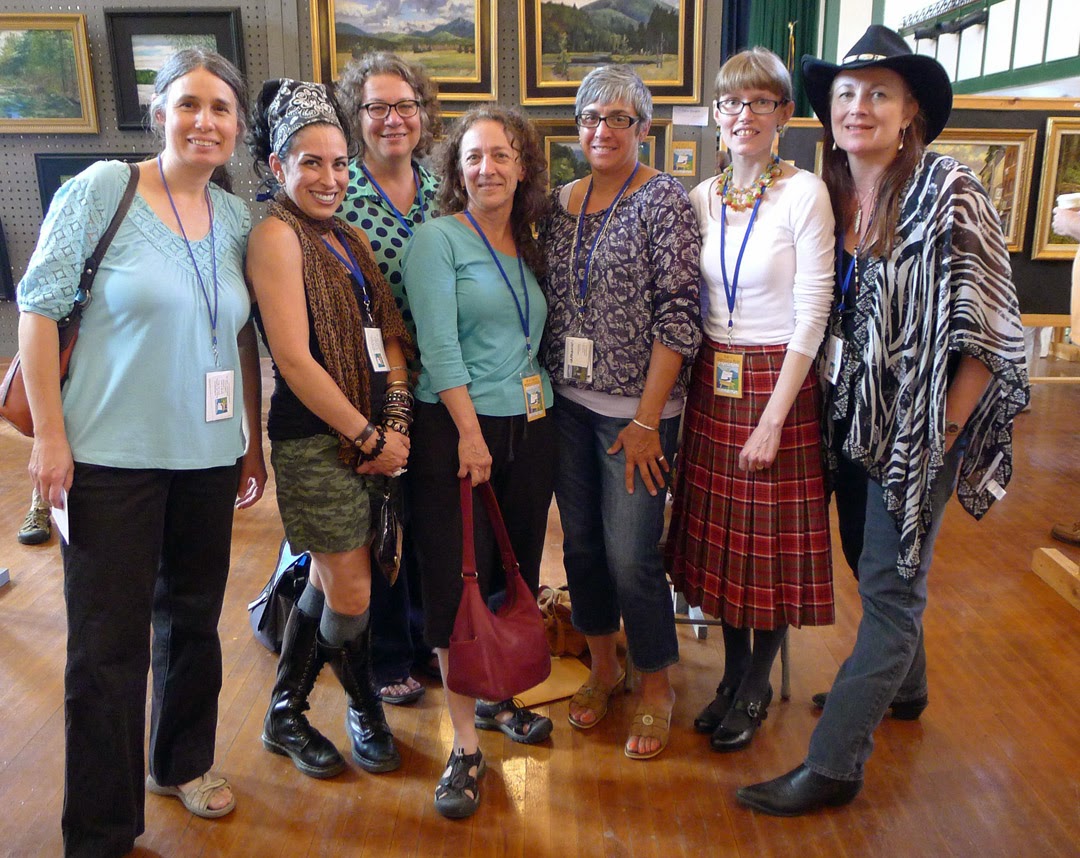 My roomies, from left: Mira Fink, Crista Pisano, me, Marlene Wiedenbaum, Laura Bianco, Kari Ganoung Ruiz, Tarryl Gabel.The sun wasn’t in evidence much last week, so when it made its appearance on Saturday we all made the most of it. When it finally dropped, we reluctantly set down our brushes and went back inside for the serious work of framing, signing  and titling work. This included a group critique session, targeted toward culling the work for jurying. Crista Pisano offered a great insight: work for a jury ought to be consistent, so we worked to make our groupings-of-three coherent small shows in their own right. 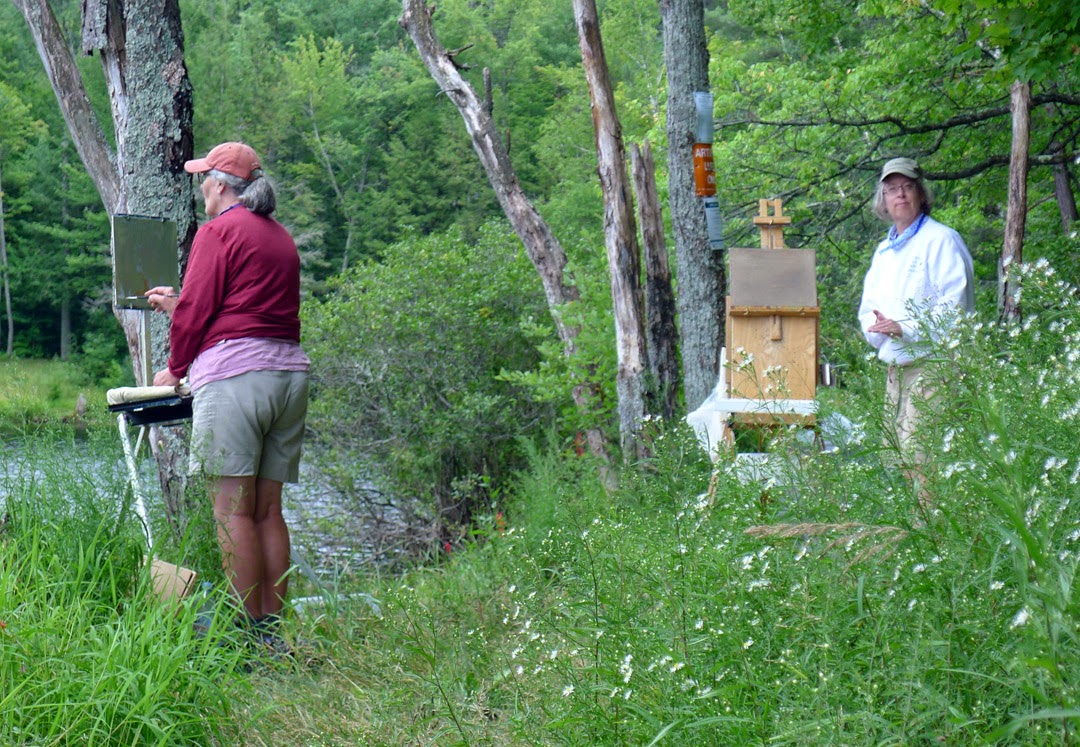 I painted with other pals as well. Here with Sandra Hildreth, left, and Carol Thiel, right.Inevitably, someone made the suggestion that a work would look better in a different frame. The business of swapping framing materials began. It was like being in school again, except that we were swapping art supplies rather than makeup. 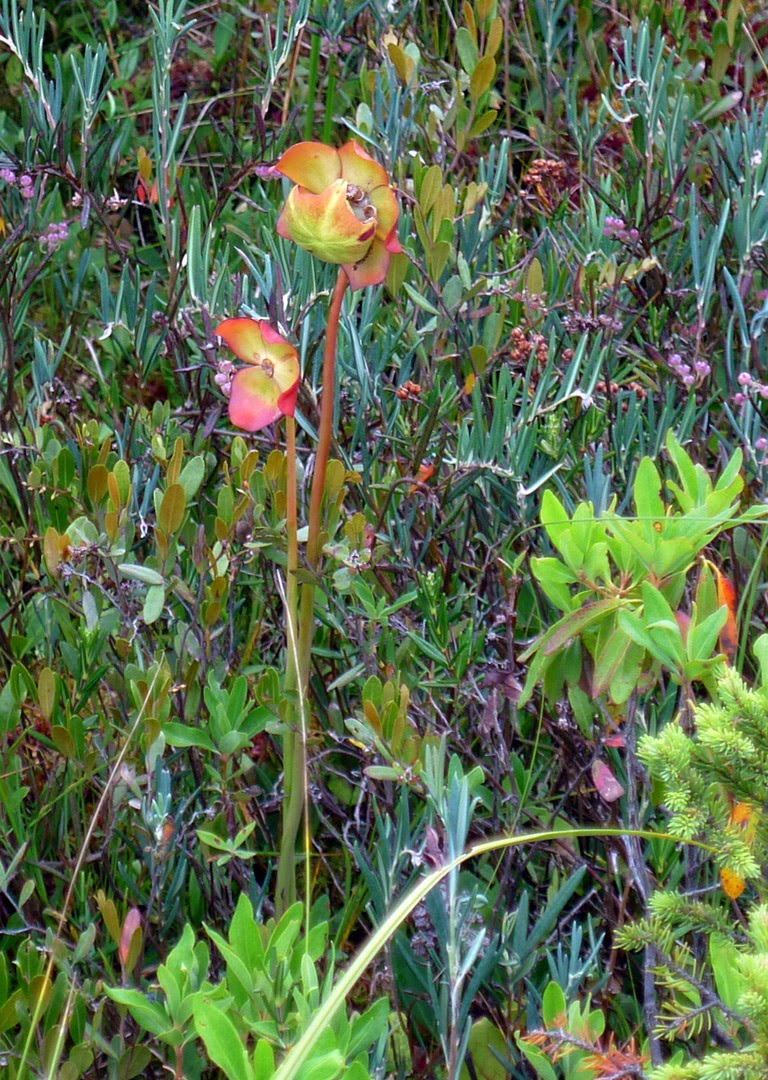 Among my favorite places to paint was the bog at Paul Smiths College Visitor Interpretive Center, where Pitcher Plants were much in evidence.Our house made a strong showing: Crista Pisano took Best in Show (for the second time in three years) and Tarryl Gabel took the Saranac Lake Cover Art Award.

And then this morning we demonstrated that seven women can clean a house in no time flat.
Message me if you want information about next year’s Maine workshops. Information about this year's programs is available here.